I Am Not Your Refugee

Presented by Mahmoud Hassino, the I Am Not Your Refugee podcast series looks at refugee-led projects, including Syrian activist groups in Athens, a photography project in Zaatari Camp, Jordan, an LGBTQ+ refugee network in Turkiye, and the first Spanish magazine set up by refugees. With a title inspired by James Baldwin, this podcast offers resistance and support in the face of closed camps and isolation, Frontex and loneliness, violent pushbacks and marginalization. 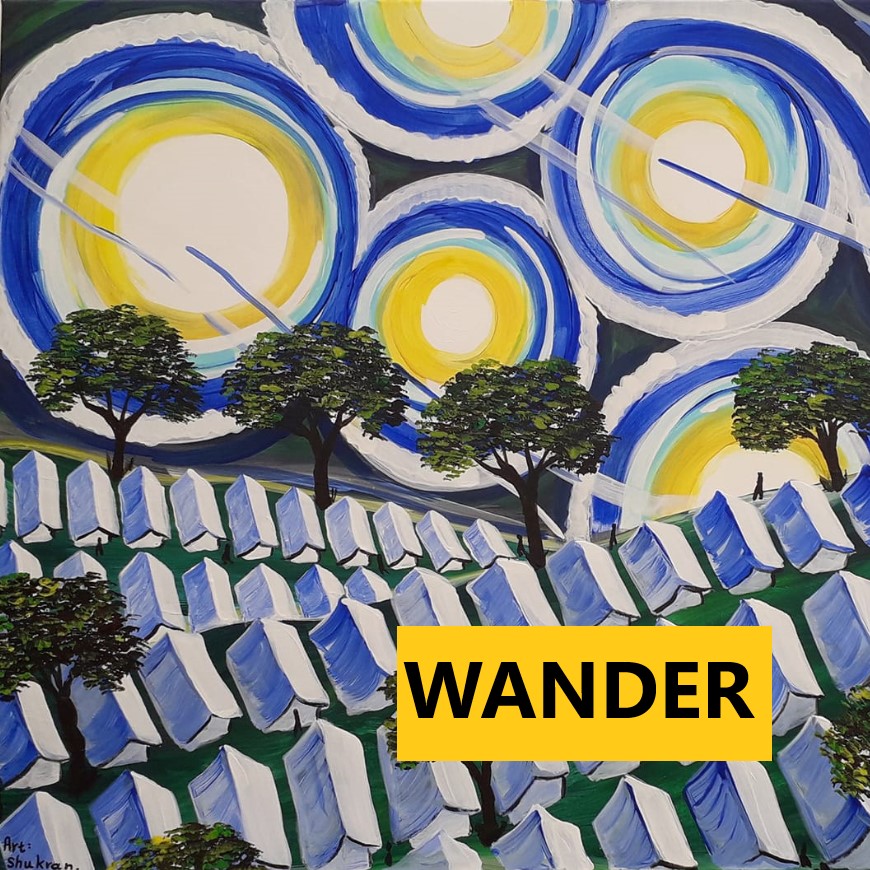 Produced by Bairbre Flood with thanks to the Arts Council of Ireland Project Award.
A new season of Wander, with poets from Afghanistan, the Democratic Republic of the Congo, and Yemen. A Rohingya poet, a Yazidi writer, and the first episode’s guest, a Syrian British poet of Kurdish origin. Amir Darwish, Dawood Saleh, Aryan Ashory, Mayyu Ali and Njamba Koffi share their poetry, and why it’s important that everyone narrates their own stories, especially those with refugee experience. They talk... 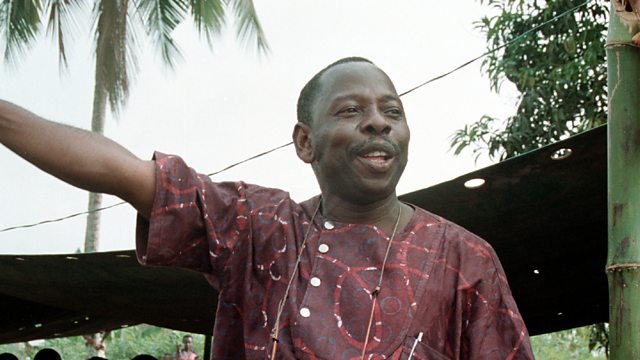 Silence Would Be Treason

The last writings of Ken Saro-Wiwa from prison in Nigeria to an Irish nun in the run up to his execution in November 1995. Smuggled out of prison in bread baskets, they are the final testament of a man who gave everything he had in the struggle for social and ecological justice. 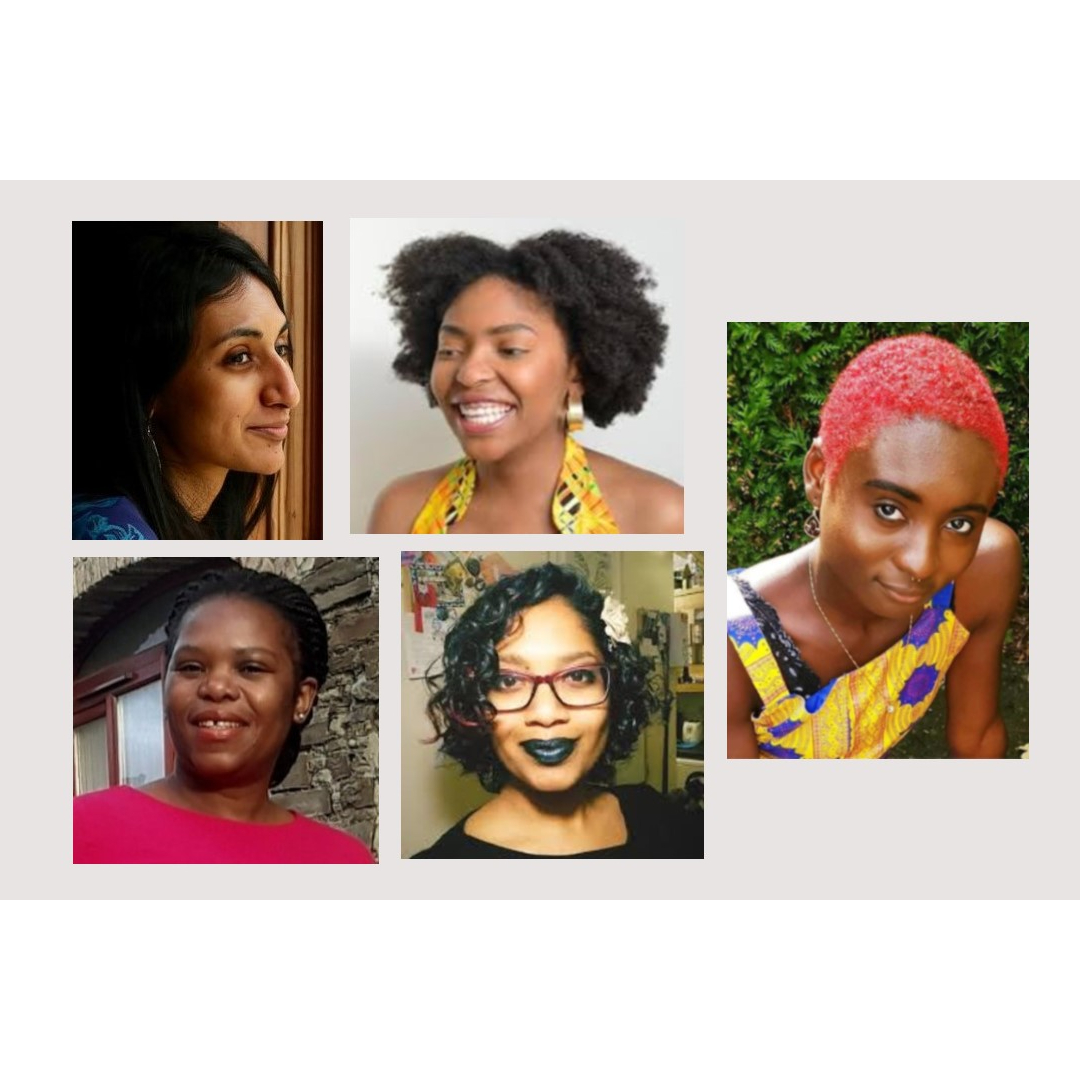 Poets and editors from Nigeria, Zimbabwe, India and South Africa give us an in-depth look at diversity in Irish writing and publishing. 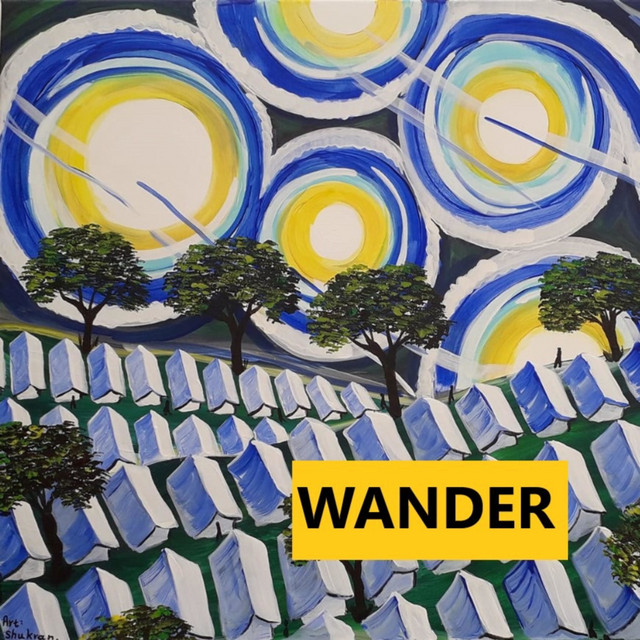 Poets from refugee camps in Greece, Malawi, Western Sahara and Jordan share their work and experiences with us.

Funded by the Arts Council of Ireland. 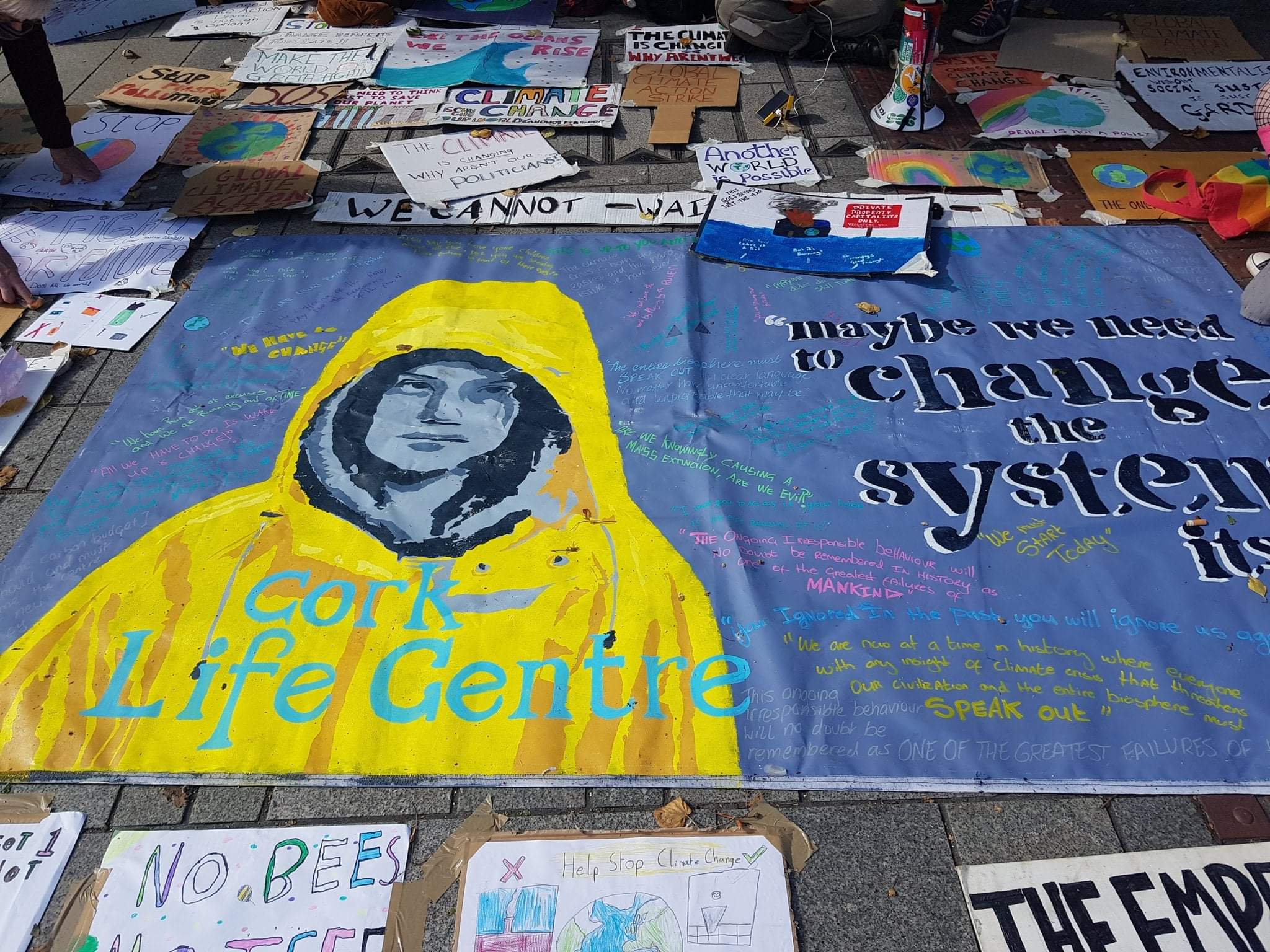 Producer Bairbre Flood talks to students and teachers and examines what the education system can learn from the success of this iconic Cork school.

Funded by the BAI (Broadcasting Authority of Ireland). 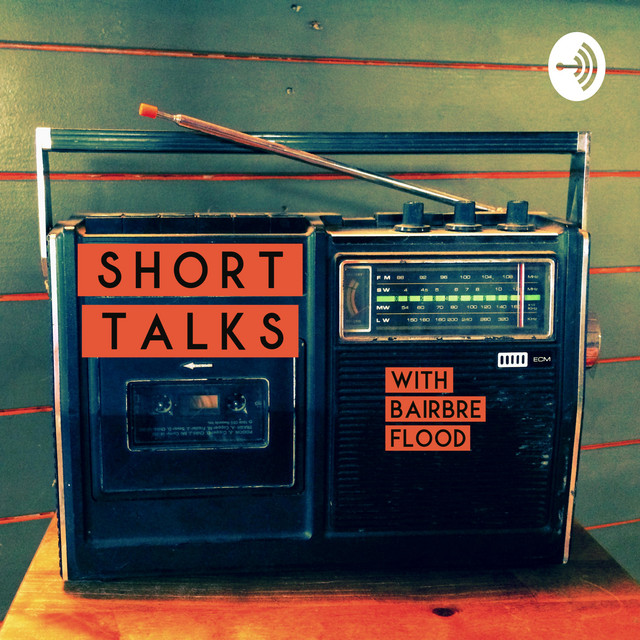 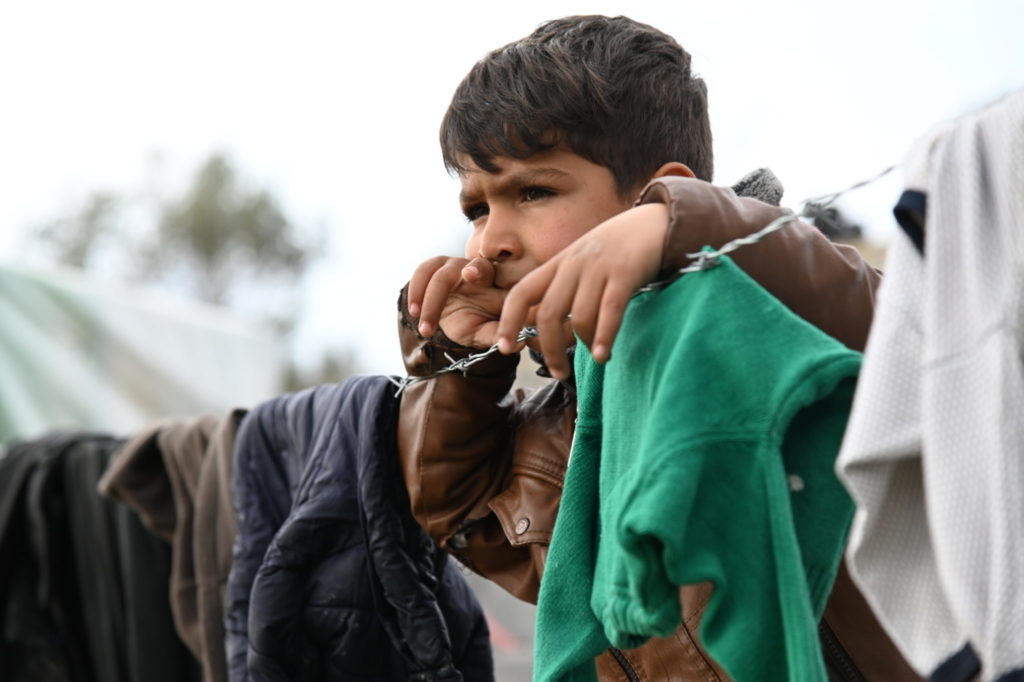 Against The Wire: Documentary On Newstalk

In 'Against The Wire', Producer Bairbre Flood travels to Lesvos, Greece to talk to volunteers and refugees working in Moria Refugee Camp.
‘There are so many people there with different skills, who have a high educational background, but they are stuck there. They want to help develop their society. No one wants to come here to live here in that kind of situation.’ Abdul, from Ghana, coordinator of the One Happy Family school on the island.
The radio premiere of ‘Against The Wire’ airs on News...

Burning Hope on Lesvos: a blog

Ali is a soft-spoken, thoughtful artist I met while in Moria refugee camp earlier this year. Originally from Afghanistan, he claimed asylum in Greece, but his application was refused; he was arrested and put in the prison inside the camp to await deportation. Usually involved in creative projects, Ali found prison conditions difficult to endure. An appeal was put together, but it’s unclear how this will progress, after the European Asylum Support Office (EASO) in the camp was completely destr... 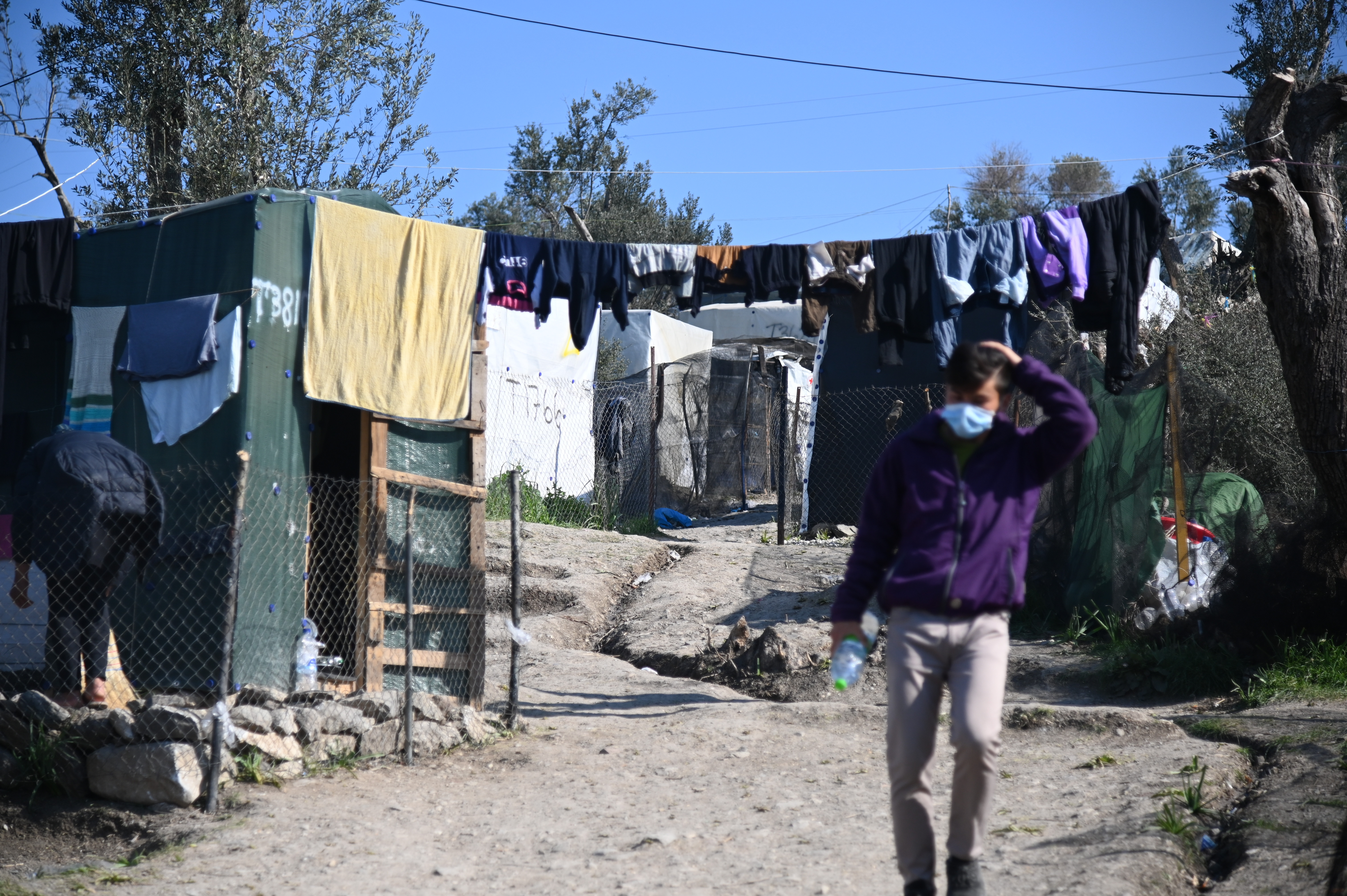 As I left Greece in March, Moria refugee camp on Lesvos was trying to prepare itself for coronavirus.

With sporadic running water, little access to soap and severe overcrowding, everyone is worried about what will happen if the virus hits.

‘We will be wiped out,’ Baqir, a 17-year old who made the journey to Europe alone, told me. ‘We can’t even wash our hands here.’

I had met Baqir and some of the other unaccompanied minors in the camp – there are 10,000 – through Elena Lydon, an Irish nurse ...

Against The Wire – lockdown in Lesvos: a blog

When I left Lesvos in mid-March, Moria refugee camp was still running out of water in some parts by 9.30am. Social distancing was almost impossible, and residents feared the worst if the pandemic hit. New groups were formed – The Moria Corona Awareness Team, and The Moria White Helmets – and refugees organised with local Greeks (Stand By Me Lesvos) and international NGOs such as, Movement On The Ground, to improve living conditions. Other groups campaigned for an evacuation of the camp, and m... 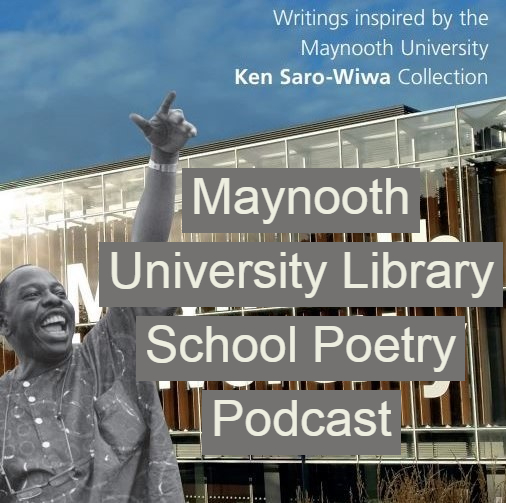 Episode one features Christeen Udokamma Obasi, Conor Walsh and Eva Paturyan. The poems are part of a new collection: I Am A Man Of Peace: Writings inspired by the Maynooth University Ken Saro-Wiwa Collection published by Daraja Press and edited by deputy librarian Helen Fallon.

I Am A Man Of Peace - Ken Saro-Wiwa School Podcast

Blog post for Maynooth University Library about podcast I produced with winners of the school category of 'I Am A Man Of Peace: Writings inspired by the Maynooth University Ken Saro-Wiwa Collection' (edited by Helen Fallon, and published by Daraja Press). 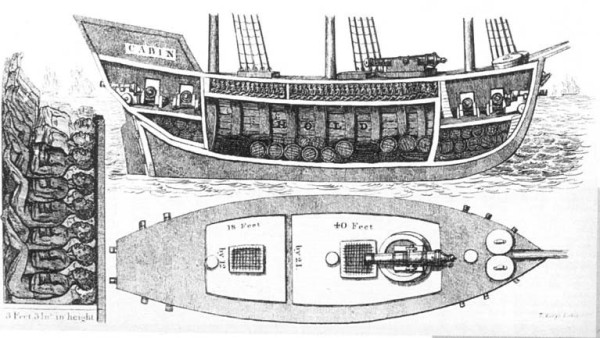 Ireland And The Slave Trade

In Ireland we’re more familiar with thinking of ourselves as the victims of history – which we were – than as active participants in colonialism. But it’s an uncomfortable fact that the Irish were also slave owners, slave traders, overseers and agents. We helped build the slave empire on behalf of Britain, France and other countries, and shared in the profits of this horrendous system over the course of several hundred years.
Talking to historians, academics and writers, producer Bairbre Floo... 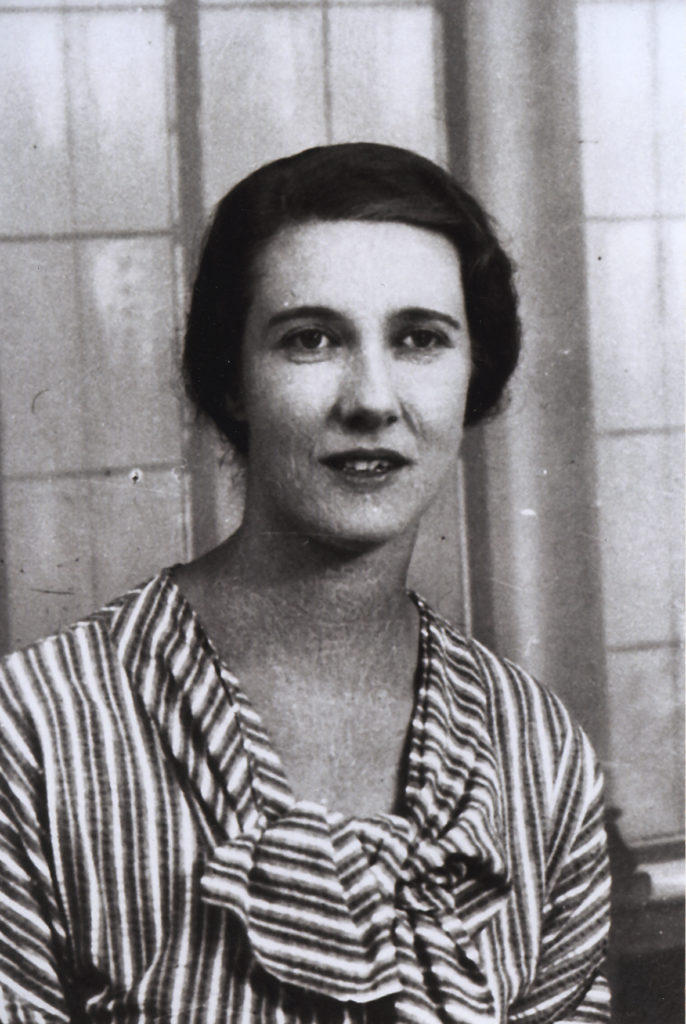 Documentary celebrating the Irish aid worker who saved the lives of many Jewish children during WW11
"It’s estimated that at least 80 children were directly saved by Mary Elmes. She never sought any attention for her actions, and her story has only recently become known".
In her new radio documentary feature, ‘Mary Elmes’, premiering this weekend on Newstalk 106-108fm as part of the Documentary On Newstalk Series, producer Bairbre Flood tells the extraordinary true story of Irish relief worke...